The timing information is split into three components:

What a timing module contains

The timing module will in always way contain theese components:

let me say, that the registers, latches, etc could be made entirely from discrete 74-ICs but imagining it is creepy. Thus we decided to use an FPGA here (CPLDs that contain enough registers are very expensive).

See this picture. It shows a drawn schematic of the timing bus with measurement modules and a timing module. 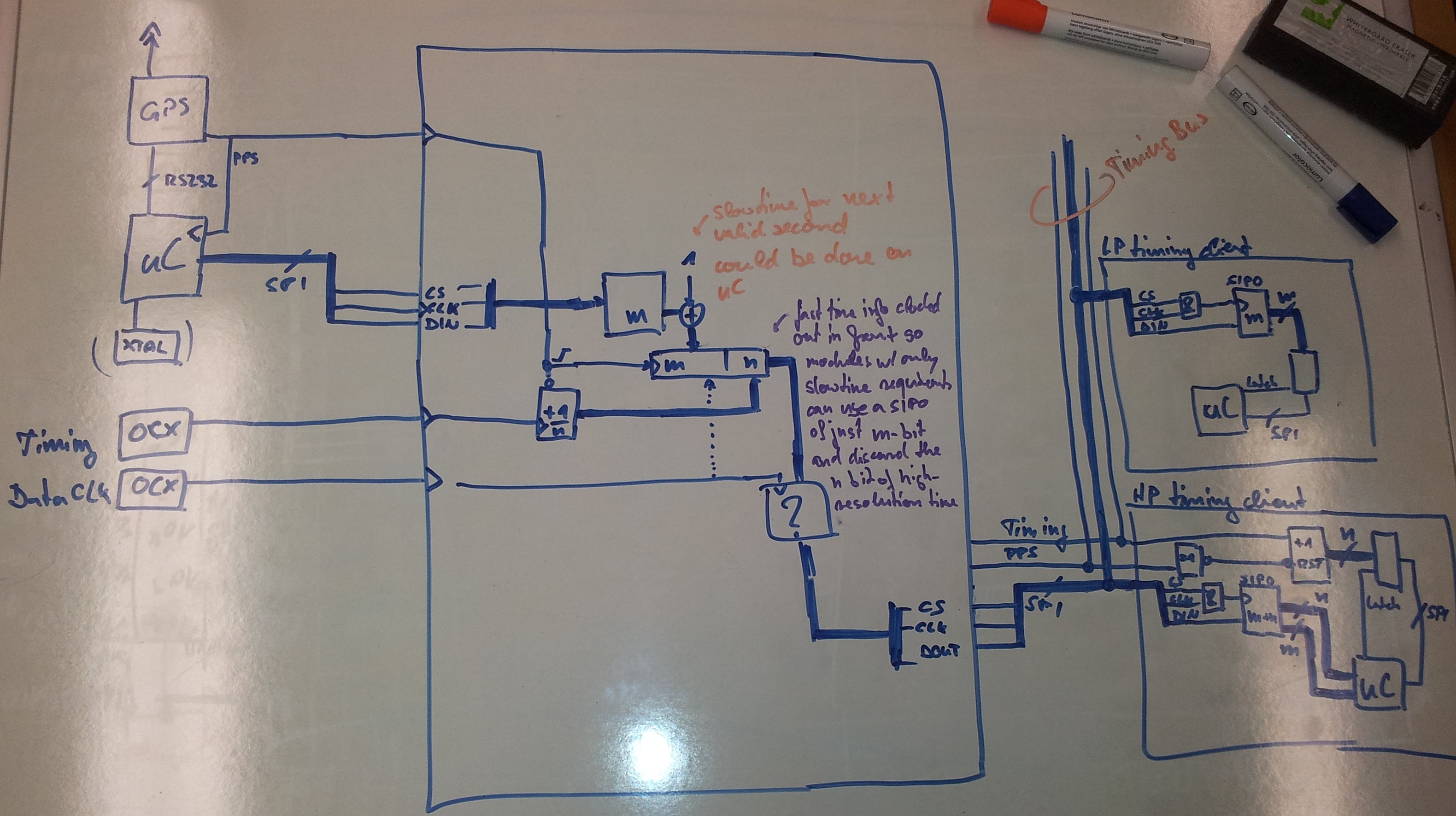 How a second with the timing module looks like

For the view of slowtime:

For the view of the fastclock:

The OSCILATOR generates a clock signal on the FASTCLOCK pins of the timing bus. All modules and the counter register count the number of clock cycles. After the pps pin on the TIMESOURCE goes up, the registers are cleared. The timing module stores the value at the end of the last second to measure the drifting properties of the oscilator.

What we got from this is, that at the beginning of a second, all the modules are told what the timestamp of the next second is and how much the fastclock has drifted in the last second. The measurement modules that recieve this information can use the sent slowtime information after recieving the PPS since it will be valid then.

The FPGA contains all the registers mentioned above, meaning

and the logic to make the stuff happen upon recieving pps and the slowtime.

The pins mapped to the FPGA are

This documentation is a wip and probably very obscure and confusing. Please ask armin@hgg.aero if you don't get it and give hints on what to improve.